The TOPS gates are longer than radial gates with spans of generally more than 12m long, some up to 20m.

In order to isolate the TOPS gates for inspections and maintenance, Amanziflow Projects have developed a float-in maintenance gate.  The float-in gate is stored on the bank of the dam and floated into position, coupled to the piers and flooded in order to close the gate between the piers against a full head of water.

The intervening cavity between the float-in gate and TOPS gate is drained to allow personnel to enter and inspect or maintain the TOPS gate as illustrated in the diagrams below.

After use the cavity is flooded and the float-in gate slowly drained until it floats to its open position where it is disconnected from the piers and floated away, either to the next gate or to storage on the bank.  It is also possible to use this gate to protect the installation or construction of the TOPS gate in situ on the spillway, against water levels above spillway level. 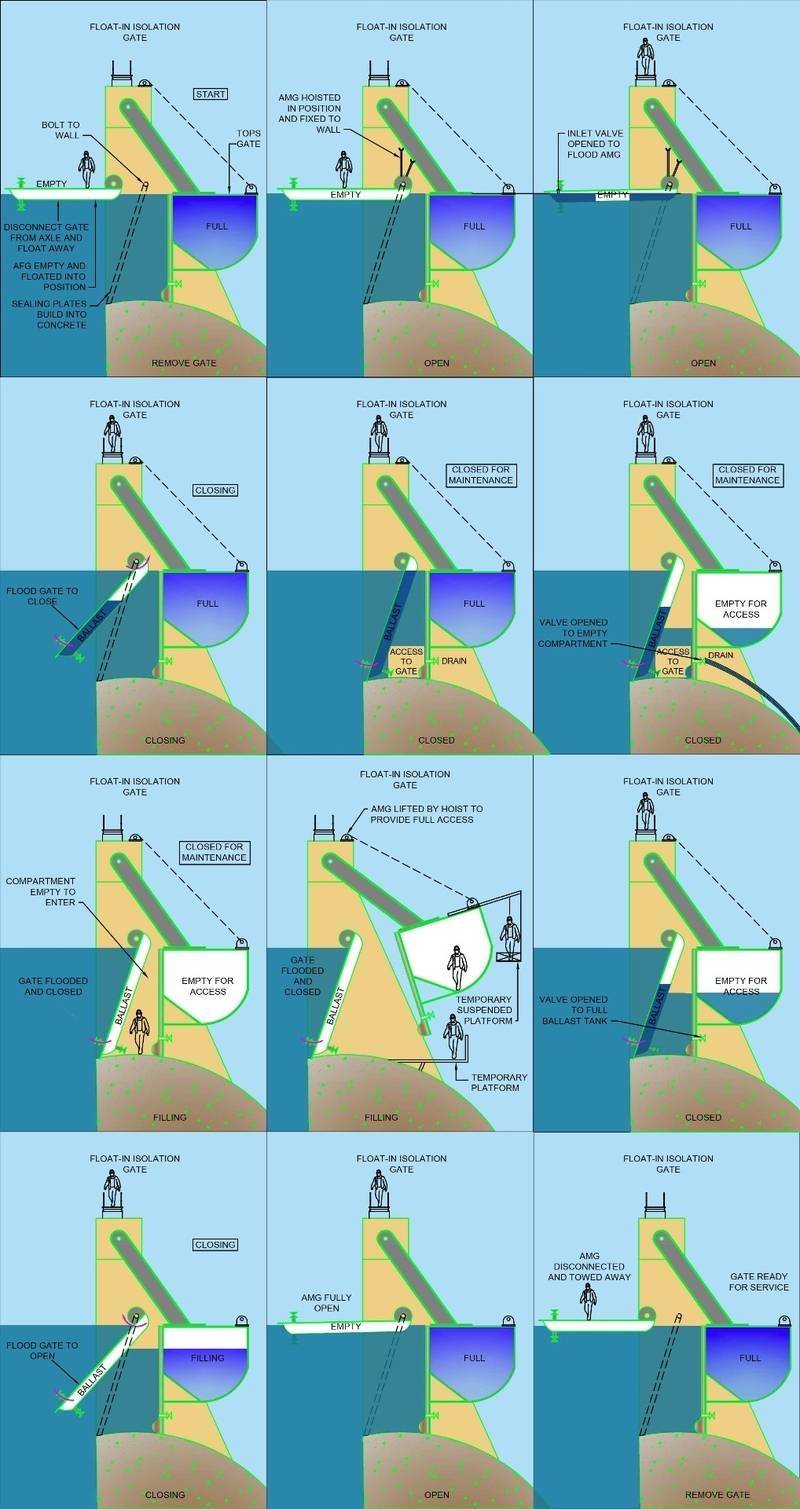