The Avis dam was built in the German colonial time and the spillway is now inadequate to meet current dam safety requirements.

The existing side spillway had to have a channel 25 m wide by 4 m deep cut into the existing channel to meet the increase discharge capacity required.

The local authority could not permit a reduction in the F.S.L. and consequently spillway gates were required. Electrically operated gates were not an option because of the remoteness of the site and the unreliability of electrical supply.

To achieve this, the gates were fitted with telescope arms each attached to the ballast tank to discharge through a float level controlled diaphragm valve.

The top plate is wide enough to accommodate a walkway over the gates which was an additional benefit for the community to gain access across the deepened spillway. 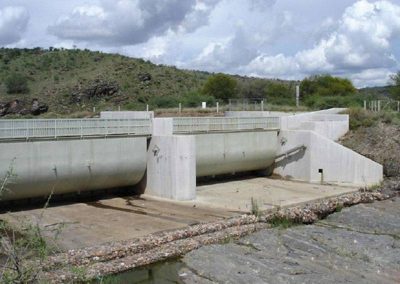 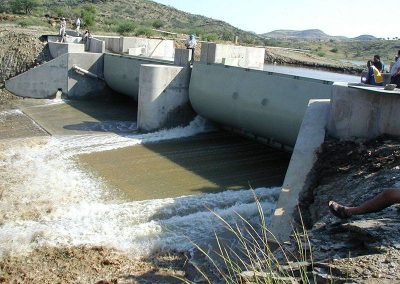 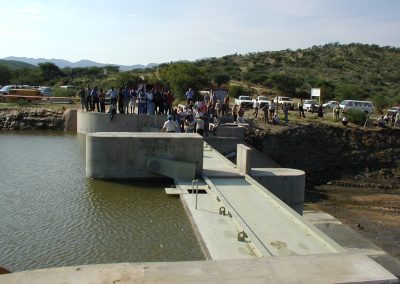 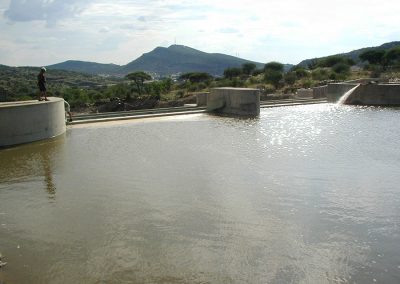