In 2010/11, the Sedgefield community in Western Cape suffered a severe drought. Their main supply of fresh water is from the Karatara River which flows into the large and attractive Swartvlei, a saline estuary with outlet / inlet to the sea.

During the drought, the river flow was minimal and the water level in the estuary increase over time to cause saline water to push up the Karatara River and consequently made the water treatment works inoperable.

As drought relief measure, a low weir was constructed across the river which incorporated two TOPS Estuarine gates.  The consultant required gates which would open automatically to pass floods with minimal backup so as not to flood upstream properties, but also to remain closed as a barrier to the ingress of saline water from Swartvlei.  Importantly, the gates had to be fully automated and self actuating as it is a remote site which did not support any electrical driven actuation and control systems.

Two TOPS ESTUARINE gates were fitted to the weir.  Each gate is 4,5 m long by 1,3 m high.  These gates are unique in their performance and to Amanziflow knowledge do not exist anywhere else in the world.  The ballast tank is connected to both the upstream and downstream water levels such that:

The gates are fabricated in stainless steel.  They have operated in floods in July 2013.  These TOPS gates, adapted to act as Estuarine gates will be useful as protection barriers for inland areas subjected to tidal flooding from rivers or estuaries. 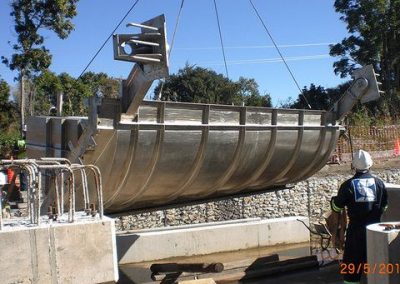 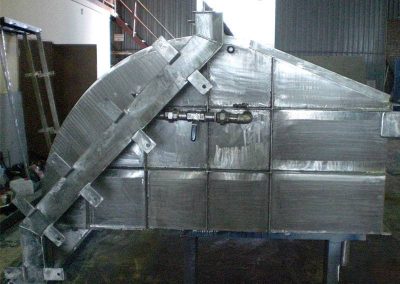 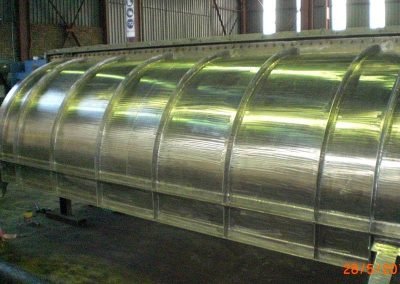 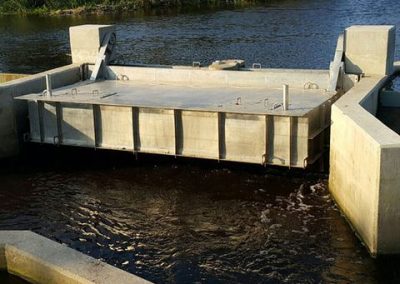 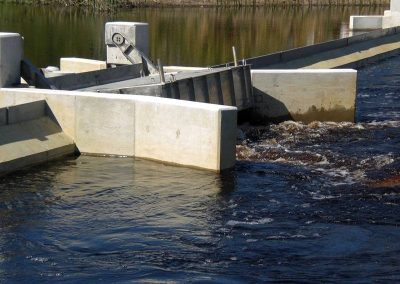 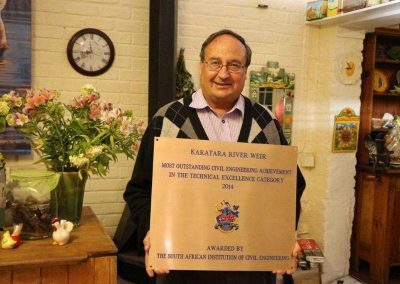